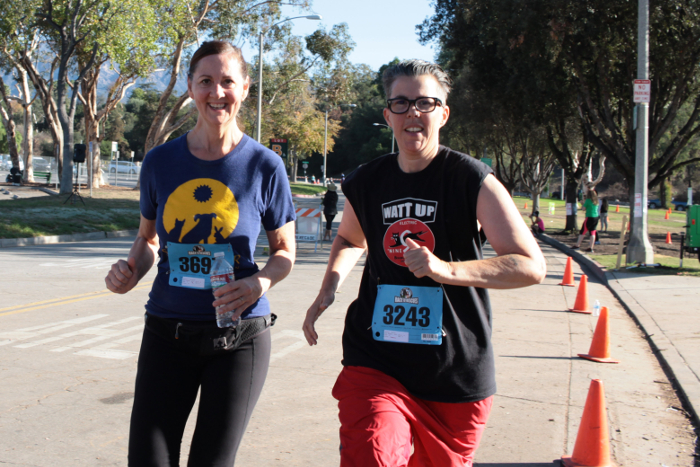 RACE FOR THE RESCUES

RACE! DONATE! SIT ON THE COUCH! No matter how you decide to support us, please help Santé D’Or raise $40,000 at Race for the Rescues by October 13!

HOW TO GET INVOLVED

Race. Join our team and raise funds during the months before the event. You can participate in the 5K run, 10K run, or the special “fun run” (less than one mile) for kids. If your dog wants to race with you, he can join you for the 5K or 10K runs, or you can participate in a 1K dog walk. Get all the details here.

Donate. Cheer on the Santé D’Or team with your generous financial donation. Your support helps fund all the incredible things we’re able to do for animals each year, like covering the cost of food, supplies, vaccinations, spaying and neutering, and medical bills. Last year we raised almost $35,000 and we’re aiming for $40,000 this year. Help us meet our goal by donating now!

Sit on the couch. If you’re not a runner, you can still help us raise money from the comfort of your very own couch! Sign up as a “couch potato” and let the fundraising begin!

Volunteer at the event. Help out at the Santé D’Or booth during the event. For more information, contact info.santedor@gmail.com. 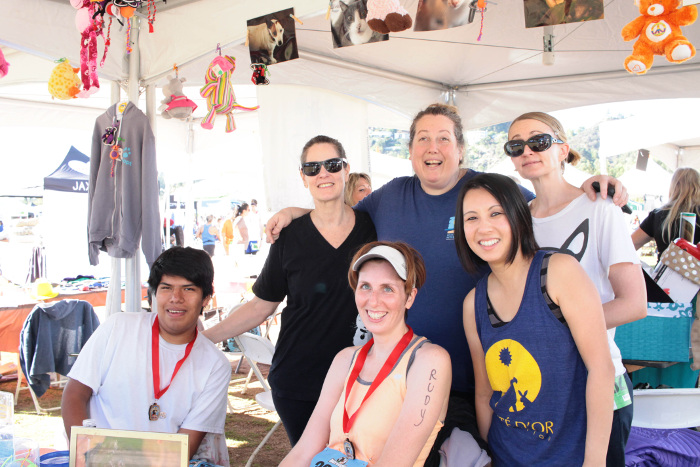 Where? The grounds of the famous Rose Bowl Stadium in Pasadena, CA.

What? In addition to four different races, there is a silent auction, on-site dog and cat adoptions, food trucks, and even a dance party! Get the full lineup here. 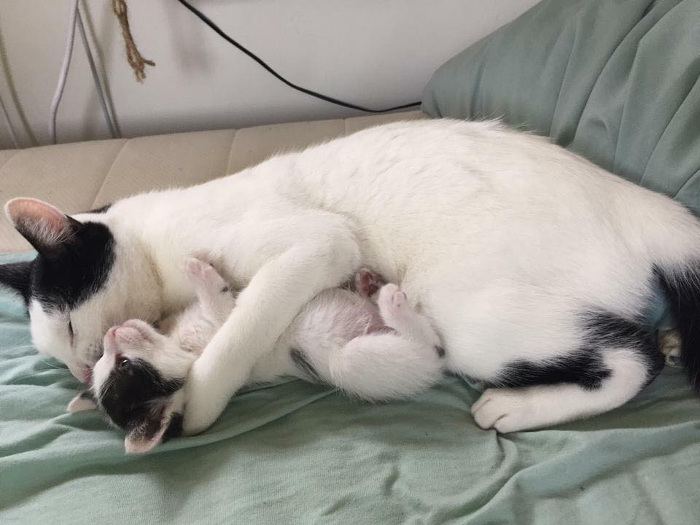 WHY WE RACE FOR THE RESCUES

2018 marks the sixth year Santé D’Or has participated in Race for the Rescues. It’s our second-largest fundraiser of the year and an opportunity for us to adopt and rehome animals from the Pasadena Humane Society and the LA City Animal Services.

The numbers. In 2017, we raised nearly $35,000 at Race for the Rescues, which funded the everyday basics like our wet and dry cat food, spay and neuter operations, microchips, and vaccinations. It also covered the cost of Camille and Lady Longcat’s dentals, Mad Eye Moody’s eye operations and Matthew and Jane Fonda’s tail amputation surgeries. 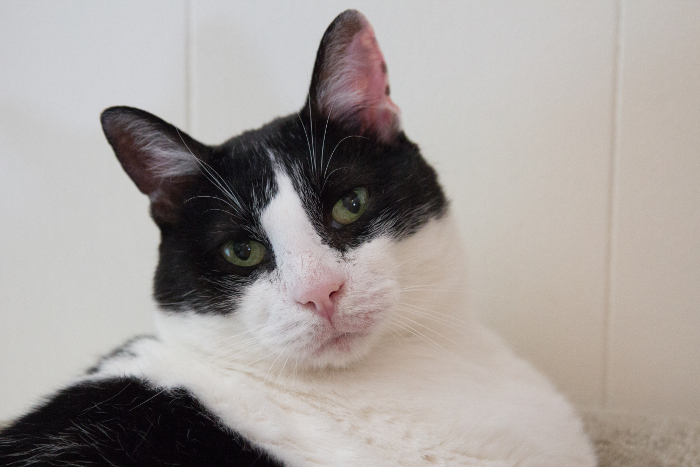 Bud’s story. Santé D’Or took in Bud and his house-brother Harper from the L.A. County Animal Shelter at Race for the Rescues 2015. Bud was an instant hit with SDO volunteers and staff, with a one-of-a-kind personality, a boisterous meow and the willingness to come when called, though only after “Bud! Bud! Bud! Bud!” was repeated with appropriate enthusiasm. Race for the Rescues team co-captain Tim Curran couldn’t resist Bud’s charm. He adopted Bud and they’ve been joined at the hip ever since. Bud now shares his forever home with orange brothers Sam and Skipper, and the three get along (mostly) peacefully; their favorite thing to do is sunbathe together in front of the sliding door. 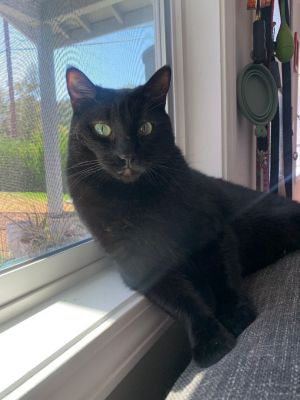 Cypress Tree is as close to a miniature panther that you can get, but with the personality of a cuddlebug!... View full description »

We use cookies on our website to give you the most relevant experience by remembering your preferences and repeat visits. By clicking “Accept All”, you consent to the use of ALL the cookies. However, you may visit "Cookie Settings" to provide a controlled consent.
Cookie SettingsAccept All
Manage consent

This website uses cookies to improve your experience while you navigate through the website. Out of these, the cookies that are categorized as necessary are stored on your browser as they are essential for the working of basic functionalities of the website. We also use third-party cookies that help us analyze and understand how you use this website. These cookies will be stored in your browser only with your consent. You also have the option to opt-out of these cookies. But opting out of some of these cookies may affect your browsing experience.
Necessary Always Enabled
Necessary cookies are absolutely essential for the website to function properly. These cookies ensure basic functionalities and security features of the website, anonymously.
Functional
Functional cookies help to perform certain functionalities like sharing the content of the website on social media platforms, collect feedbacks, and other third-party features.
Performance
Performance cookies are used to understand and analyze the key performance indexes of the website which helps in delivering a better user experience for the visitors.
Analytics
Analytical cookies are used to understand how visitors interact with the website. These cookies help provide information on metrics the number of visitors, bounce rate, traffic source, etc.
Advertisement
Advertisement cookies are used to provide visitors with relevant ads and marketing campaigns. These cookies track visitors across websites and collect information to provide customized ads.
Others
Other uncategorized cookies are those that are being analyzed and have not been classified into a category as yet.
SAVE & ACCEPT